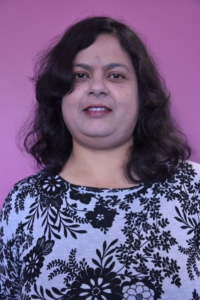 I live in a society which is governed by patriarchal norms. So in every step we face challenges as women or as women human rights defenders (WHRD). Being a woman starts from institutional, cultural and social biasness. As WHRDs, we encounter challenges from the state, from non-state actors and from within and outside of our families. We raise issues of human rights violations, the culture of impunity and the situation of women in the conflict at the national and international levels. Our work is being targeted because we are challenging the power structures – both the society and the state.

Assam was burning with an Anti-Foreigners Movement in the early eighties. All students of Assam, including me as a 9-year-old girl, were involved in the movement. My father was in prison twice during that time as a political prisoner. With my young mind I did not understand much, but later on I started understanding the human rights situation of the region. I gathered knowledge about the security situation, I started analysing the situation with my limited understanding of human rights and I then finally entered into the process by developing alliances with other women’s groups and human rights activists of Northeast India, and formed the network Women in Governance (WinG) in 2009. Since then WinG has been engaging in monitoring the human rights situation in Northeast India and also it collaborates with Human Rights Defenders Alert (HRDA), People’s Commission on Shrinking Democratic Space (PCSDS) to raise the human rights violations, threats received by HRDs of the regions at the national and international human rights forums.