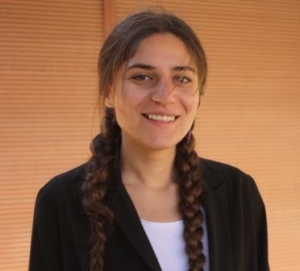 Faika Deniz Pasha is an advocate. She holds an undergraduate degree in law, advanced masters in ‘European Business Law’ and graduate diploma in Economics from the University of Essex. Subsequently she did her Bar Association practice on both sides of Cyprus and has been entitled to register at Nicosia District Bar in northern part of Cyprus in 2011. She currently is doing an MA in University of London by distance learning on ‘Refugee Protection and Forced Migration’.

She has experience in civil society, on both parts of the island, specifically in conducting research, managing and administering human rights based projects. She has authored a report for Turkish Human Rights Foundation mapping the current situation in relation to human rights of women has been published in 2012. She has also been involved in ‘Minority Rights: Solution to Cyprus problem’ and in ‘the Right to Access to Information Project in Cyprus’ from 2010 until 2012 both carried out on both sides of the divide.

Faika Deniz Pasha that has been involved both professionally and voluntarily with the Rights Association, which is also the implementing partner of United Nations High Commissioner for Refugees in northern Cyprus, since 2009, is currently working as project coordinator for this organisation.